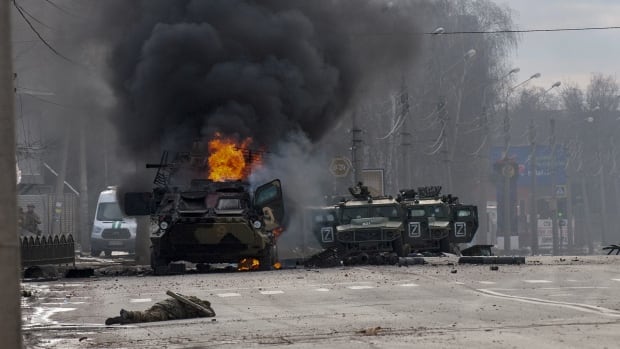 “We understand the importance of diplomacy, but at the same time, Ukraine cannot negotiate with a gun [to] their head,” Joly said in an interview Sunday on Rosemary Barton Live.

Russian and Ukrainian officials agreed Sunday to meet near the Ukraine-Belarus border for peace talks.

Joly told guest host David Cochrane that while she was in favour of negotiations, she was “preoccupied” with the gap between what Russia has said and done over the past several weeks.

“We’ll wait and see” if the talks are productive