TOPEKA, Kan. (AP) — Kansas’ top public school administrator resigned Friday over an offensive remark about Native Americans at a recent public conference. Education Commissioner Randy Watson’s decision was announced by Jim Porter, the chairman of the State Board of […] 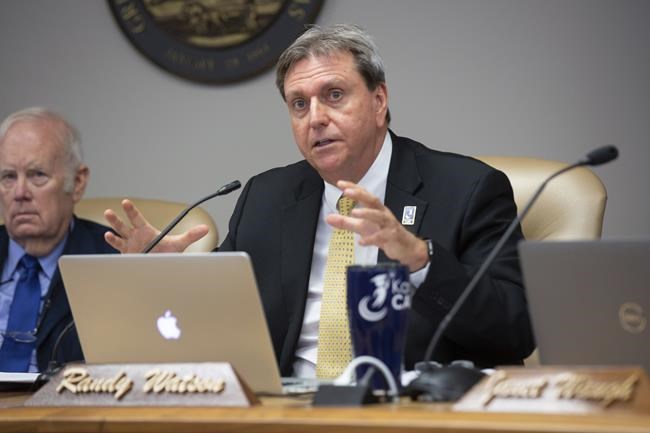 Education Commissioner Randy Watson’s decision was announced by Jim Porter, the chairman of the State Board of Education. The elected 10-member board appoints the commissioner to run the State Department of Education and called a special meeting for Friday to deal with Watson’s remark.

The announcement came a day after Democratic Gov. Laura Kelly, three indigenous state legislators and the chair of one of the state’s four Native American nations called on Watson to resign.

Watson made the offensive remark during a Zoom presentation to a conference on virtual education last week. The department released the video of his presentation Thursday.

Watson made an extended metaphor that compared responding to the coronavirus pandemic to dealing with both a tornado and a hurricane. He joked about how cousins from California used to visit him in Kansas during the summer and were “petrified” of tornadoes.

“They’re like, ‘Are we going to get killed by a tornado?’” Watson said. “And I’d say, ‘Don’t worry about that, but you got to worry about the Indians raiding the town at any time.’”

Watson had been education commissioner since November 2014. He was not at the board’s meeting.