Former Prime Minister John Diefenbaker was in Toronto on this date in 1972 where he delivered a thundering address in defence of Canada’s traditional governmental institutions before members of the city’s Empire Club. Even in his political retirement Dief offered […]

Former Prime Minister John Diefenbaker was in Toronto on this date in 1972 where he delivered a thundering address in defence of Canada’s traditional governmental institutions before members of the city’s Empire Club.

Even in his political retirement Dief offered a vintage performance.  It is still worth reading today, as we experience uncertain times in our politics.  There was plenty of substance in his delivery that day, but here is an excerpt of a humorous bit:

I am reminded of the United States Senator who by the course of time and a succession of elections finally rose to the top and became Chairman of the foremost Committee of the United States Senate. Everybody was disturbed how this man who had little knowledge of foreign affairs could occupy this position. He hired himself a ghost writer, a highly paid ghost writer. The first speech he delivered, his brother senators were tremendously impressed. They said “We never knew it was in the man”. The second one was in the same category and then he wrote a letter to his ghost writer and he said “Those two speeches you prepared were tremendous but” — he said — “I wish from now on you would write them in a little simpler language so I will know what I am talking about as I read them.” (laughter) That annoyed the ghost writer no end. The next speech the Senator made he never read it until he got to the top of page eight and it said “From now on, you old buzzard, you are on your own”. (applause)

You can read a transcript of his entire address at this link. 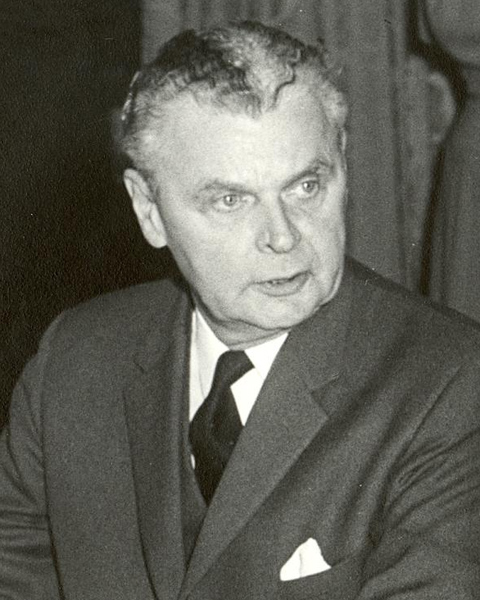