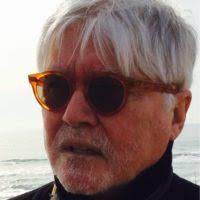 If Poroshenko has it right, the world has awakened to its worst nightmare. How do you deal with a madman with 4,500 nuclear weapons, who has invaded a sovereign, democratic country? Especially when the “madman” has talked of using his nuclear arsenal if anyone interferes in his assault on Ukraine.

In the old days, the world would have looked to the United States, a country with 2,361 available nuclear weapons, which self-presents as the leader of the Western world. But the nuclear age has every super-power but one, Russia, walking on eggs when it comes to a possible armed confrontation. Even a nuclear thug like Kim Jong Un gets respect. Why? Because they all remember John F. Kennedy’s ringing phrase: if it comes to a nuclear war, “victory will be ashes in our mouth.”