OKLAHOMA CITY (AP) — Oklahoma’s U.S. Sen. Jim Inhofe, the ranking Republican on the Senate Armed Services Committee, will step down from the Senate in January, triggering a special election for the seat he’s held for decades. Inhofe, 87, announced […] 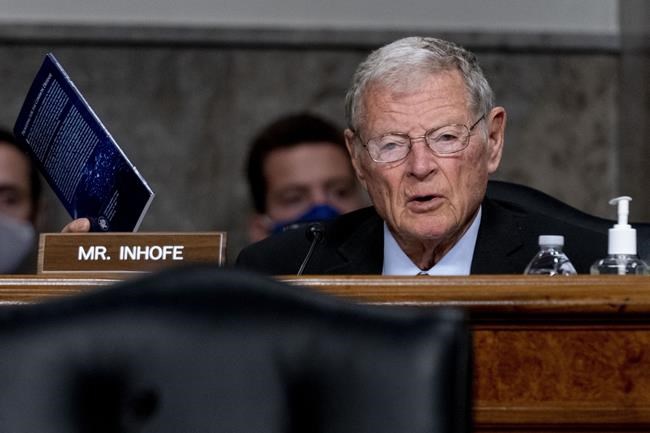 OKLAHOMA CITY (AP) — Oklahoma’s U.S. Sen. Jim Inhofe, the ranking Republican on the Senate Armed Services Committee, will step down from the Senate in January, triggering a special election for the seat he’s held for decades.

Inhofe, 87, announced his decision Friday and endorsed his chief of staff, Luke Holland, as his replacement. The senator did not attend a press event about his announcement in Oklahoma City on Friday because Inhofe had “a mild case of COVID,” Holland said on his boss’ behalf.

“Nothing is going to change, as far as I’m concerned,” Inhofe said as he called in for the press event. “We are going to continue the work we’ve been doing.”

The timing of Inhofe’s announcement is related to a quirk in Oklahoma law that requires the governor to call a special election if a lawmaker announces they intend to retire before March 1. The special election would be held concurrently with the statewide primary, runoff and general election, part of the nation’s midterms.

That means Oklahoma voters will be electing both U.S. senators in November because U.S. Sen. James Lankford is up for reelection as well.

“The Senate is losing a warrior,” Lankford said. “His absence will be felt, and he will be missed.”

Oklahoma hasn’t sent a Democrat to the Senate since 1990.

Inhofe’s announcement is likely to trigger a series of announcements from Republicans planning to run for the seat. Among those expected to consider the race are Republican U.S. Reps. Kevin Hern and Markwayne Mullin; former Speaker of the Oklahoma House of Representatives T.W. Shannon, who ran for U.S. Senate in 2014; and Tulsa attorney Gentner Drummond, who is currently running for attorney general.