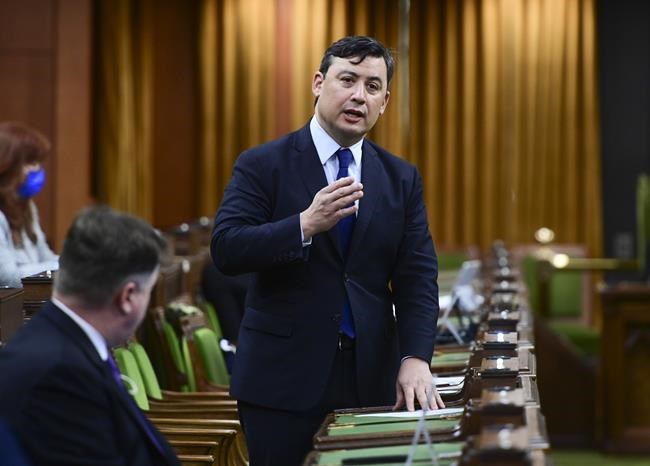 OTTAWA — Conservative MP and former leadership contender Michael Chong says he hasn’t yet ruled out another potential run for the top job, while a different prospective candidate prepares to meet tonight with potential supporters.

Former Quebec premier Jean Charest is set to meet with MPs and senators in Ottawa at a reception planned by two caucus members who want him to enter the race to become the next Tory leader.

So far, only Pierre Poilievre, the high-profile Conservative from the Ottawa area, has formally declared his intention to enter the contest, which hasn’t officially begun.

A committee of Conservatives still has to set the rules for the race and make the all-important decision about how long the contest will last.

Quebec Conservative Sen. Pierre-Hugues Boisvenu says he believes the race should run until September to provide candidates from outside of caucus a chance to enter, including Charest, as well as political commentator Tasha Kheiriddin, who is considering becoming a candidate.

Heading into the Conservatives’ caucus meeting today, Chong says he hasn’t ruled out running again for leader, but says his immediate focus is on his role as foreign affairs critic.

He says his second focus is “thinking about, in the coming weeks, what I can do to help my party and my country.”

This report by The Canadian Press was first published March 2, 2022.