OTTAWA — Prime Minister Justin Trudeau says Canada will sanction Russian President Vladimir Putin as part of a third set of severe, co-ordinated sanctions against the country over its invasion of Ukraine. Canada will also bring in sanctions on Russia’s […] 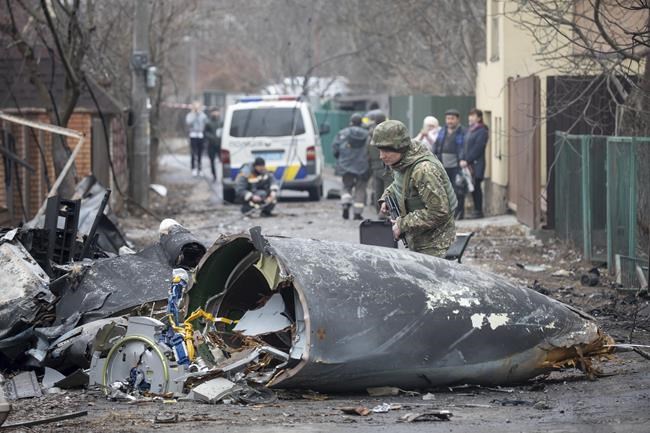 OTTAWA — Prime Minister Justin Trudeau says Canada will sanction Russian President Vladimir Putin as part of a third set of severe, co-ordinated sanctions against the country over its invasion of Ukraine.

Trudeau says these men bear the greatest responsibility for the death and destruction occurring in Ukraine.

The prime minister also says Canada is confirming its support to remove Russia from the SWIFT payment system, a critical part of the global banking system.

He says excluding Russian banks from the system would make it even harder for Putin to “finance his brutalities.”

Canada will also levy additional sanctions on Belarus and its leaders for abetting Putin’s invasion, targeting 57 individuals, in addition to dozens of existing sanctions against Alexander Lukashenko’s regime for human-rights violations.

Canada will also match donations to the Canadian Red Cross to aid relief efforts in Ukraine up to $10 million.

Trudeau says the world is witnessing the horrors of Putin’s “war of choice,” which he described as a brutal, needless attack on a sovereign democratic country and an atrocity for the citizens of Ukraine and the world.

This report by The Canadian Press was first published Feb. 25, 2022.