On Temperatures A crazy amount of thought, practice, and trial and error went into this, with this specific brewing method, and we’ve found over the years that just off boil works great for the Inverted AeroPress Method. But why is […] 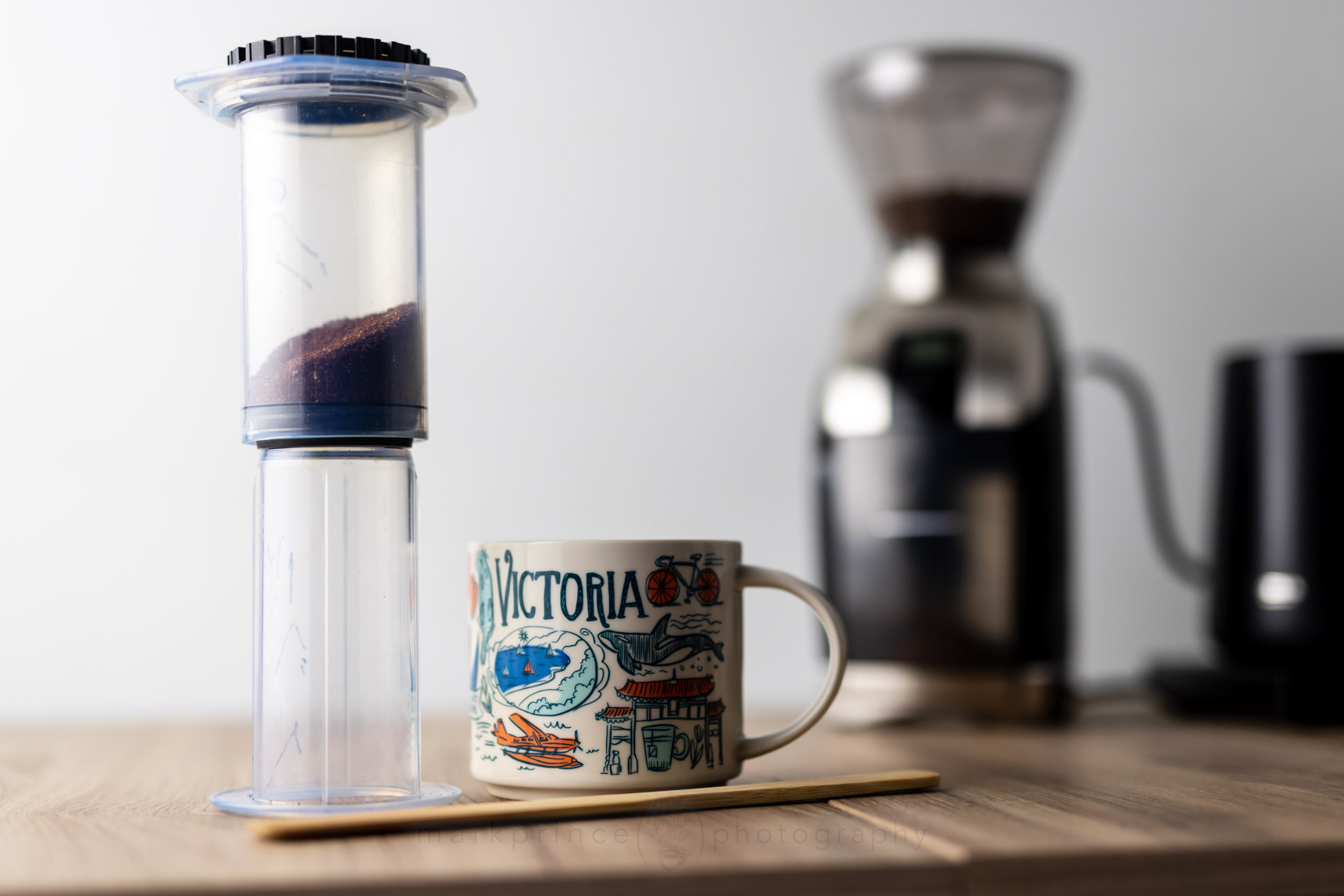 A crazy amount of thought, practice, and trial and error went into this, with this specific brewing method, and we’ve found over the years that just off boil works great for the Inverted AeroPress Method. But why is that?

In researching this updated guide, I’ve read about a dozen Inverted AeroPress guides online, and it seems one person, somewhere, said 90C water temperatures (194F), and many of the other guides just went with that number. But it’s a bad number, at least for our method and the brewing device.

First, the most optimal temperature for coffee extraction, according to the Specialty Coffee Association, is around 200F. Higher for lighter roasts, lower for darker roasts, so a range around 196F to 204F. Second, when you add hot water to an inverted AeroPress, a lot of that initial water temperature energy is eaten up by the room temperature grinds, the insulating plastic, and the exposed open top. Third, it’s small volumes of water – less than 250ml total – added in stages.

Based on these three things, we’ve settled on a starting temperature of at least 208F in a temperature controlled kettle, or “just off boil” with a normal kettle. I’ve run very expensive Fluke thermoprobes in the slurry to verify this, but even just off the boil, the water temperature inside the coffee slurry never gets higher than 201F, and that’s usually by the time 200ml is inside the AeroPress.

By contrast, we’ve tried tests starting with 200F water in a kettle, and noted the brewing temperatures inside the AeroPress are around 185F-190F at peak. Given the very fast brewing times, this isn’t good enough. You want absolutely optimal – in the brewing chamber – for almost all the brew.

So definitely start with hotter water – even water just off the boil – if you want to get to that Clover cup experience. Speaking of which.